Warning: Trying to access array offset on value of type bool in /home/muddy/www/www/muddy_wordpress/wp-content/plugins/elementor-pro/modules/dynamic-tags/tags/post-featured-image.php on line 36

The Art of Urban Landscape

What artist, so noble … as he who with far – reaching conception of beauty and designing power, sketches the outlines, writes the colours, and directs the shadows of a picture so great that Nature shall be employed upon it for generations…
– Fredrick Law Olmsted, 1852

Early in his life, Frederick Law Olmsted, Sr. (1822-1903) pursued many careers, including as a farmer, journalist, and author. During the civil War, he headed the U.S. Sanitary Commission, Predecessor to the American Red Cross. A leader in the campaign to protect Niagara Falls, he also worked to preserve what is now Yosemite National Park. All of Olmsted’s interests came together in the creation of New York’s Central Park, a project that he undertook jointly with architect Calvert Vaux in 1858. Olmsted integrated aesthetic, social , and engineering concerns into his work, giving rise to a new profession that he named landscape architecture. He personally participated in about five hundred projects, including the U.S. Capitol grounds, in Washington, D.C.; Mount Royal Park, in Montreal; Prospect Park, in Brooklyn; and the Biltmore estate, in Asheville, North Carolina. His firm, which carried on for over a century worked on nearly five thousand projects in forty-five sates and several countries.

The park system called the Emerald Necklace, which runs through Boston and Brookline, appears at first glance to be a natural landscape, a welcome respite from the city. However, these green spaces are far from natural. They are works of landscape art – a canvas upon which Olmsted worked in water, vegetation and landforms. The Emerald Necklace, which took nearly twenty years to create, is one of his finest works. A designated Boston Landmark, it is listed on the national Register of Historic Places.

Olmsted envisioned the park system as a common ground to which all people could come for healthful relief from the noise, pollution, and overcrowding of urban life. he designed paths and parkways to link the parks and the surrounding neighborhoods. He subtly reshaped the landscape to enhance its picturesque qualities, planting densely with diverse species of trees and shrubs, and adding a few carefully sited bridges and other structures. The parks in the Fens and along the Muddy River were designed as solutions to major drainage and engineering problems.

In the 1870’s the Back Bay Fens was a tidal salt marsh that had become foul smelling and prone to flooding as the city developed around it. The challenge Olmsted faced was one of sanitary engineering: to provide a storage basin for storm water and to divert the sewage flowing into the Fens so the marsh could be restored to ecological health. Olmsted reshaped the area to form a meandering stream bordered by wide reaches of low-lying marsh, creating a new landscape carefully designed to look natural. Tree-lined paths and parkways framed the area, linking the Fens with the rest of the Emerald Necklace.

The Fens, like all landscapes, has changed over time. Damming of the Charles River in 1910 transformed the area into a fresh-water marsh. Subsequent filling further altered the topography. In the 1920s, landscape architect Arthur Shurclif added new features such as ball fields and the Kelleher rose garden.

The Muddy River
(The Riverway and Olmsted Park)

The Muddy River, which had become clogged and polluted by nearby development, began as an engineering challenge. Olmsted boldly sculpted the waterway to create a gently winding stream, widening to form a series of freshwater ponds in its upper reaches. Paths and Parkways linked neighborhoods from the Back Bay Fens to Franklin Park. To open spaces, planted with a variety of trees and shrubs, offered a welcome contrast to the city.

The southern section of the Muddy River is known as Olmsted Park. it extends from Ward’s Pond, a natural kettle hole enhanced with paintings and pathways; to Willow Pond and a series of small pools intended as natural history exhibits; to Leverett Pond, a large, man-made body of open water. From there, the Muddy River continues north to the Fens as a narrow, tree-lined waterway know as the Riverway, a name shared by the adjacent parkway.

“We want a ground to which people may easily go after their day’s work is done, where they may stroll for an hour, seeing, hearing, and feeling nothing of the bustle and jar of the streets and the shops and the rooms of the town… We want, especially, the greatest possible contrast with the restraining and confining conditions of the town, those conditions which compel us to walk circumspectly, watchfully, jealousy, which compel us to look closely on others without sympathy”
Frederick Law Olmsted, 1870

A century after its creation, the Emerald Necklace was showing the effects of time, natural processes, and intensive use. In the past twenty-five years, park advocates, scholars, and public officials have united to restore Olmsted’s vision, to rebuild the park system, and to ensure continued stewardship. Much has been accomplished, but much remains to be done. The portion of the Emerald Necklace extending from Olmsted Park through the Riverway to the Back Bay Fens presents a particularly urgent challenge because deterioration of the waterway has caused serious flooding in the surrounding communities.

Olmsted’s legacy remains a challenge and an impression  Images remind us of the boldness of his vision and the complexity of his park making. Current principles guiding park restoration reflect Olmsted’s original goals: flood control, water-quality improvement, and habitat enhancement. Above all, however our stewardship must reflect Olmsted’s belief in the social value of parks. 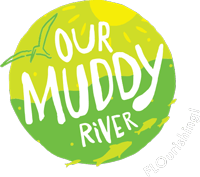 Second Wednesday of each month, 6-7:30pm

Due to ongoing concerns about COVID-19, all meetings will be held by video conference until further notice. Members of the public are welcome to attend.

Sign up to receive our newsletters and updates on the Restoration Project. We welcome your questions and comments.

Do you have a question about the Restoration Project?

The Muddy River Restoration Project is a model of environmental stewardship. Help ensure the ongoing maintenance and resilience of the River and its parks by attending meetings, staying updated, and, most of all, enjoying our treasured urban waterway.

The Shattuck Visitor Center is open today until 5PM in the Back Bay Fens!

We hope you stay safe if you're out in the parks - stop by and warm up!

Someone: “Hey, why are wetlands important?”
Wetlands: 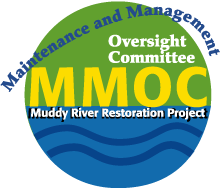